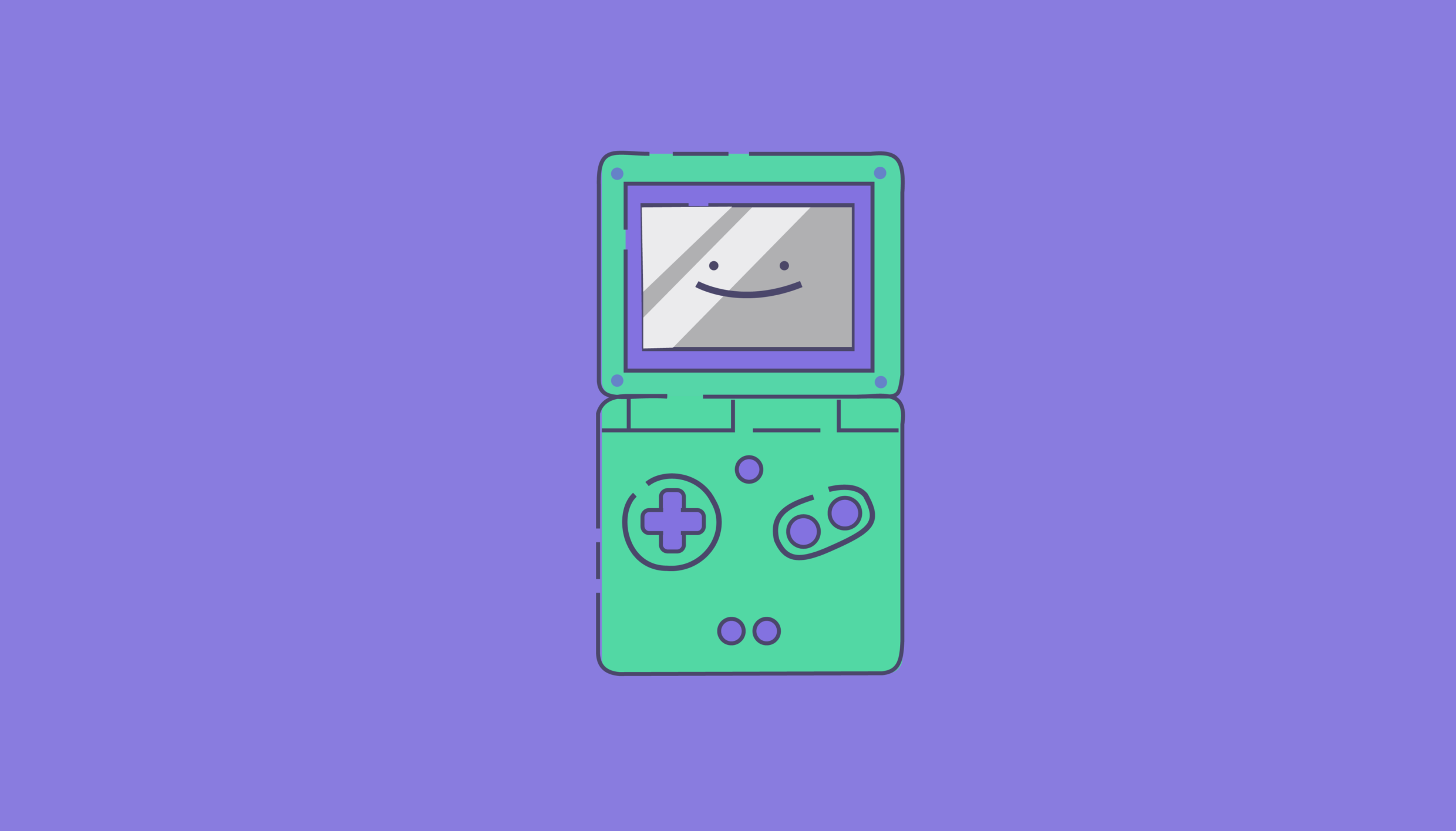 Whether you’re heading to an amusement park with the family, spending the weekend at the lake with your friends, or traveling with coworkers on a much-dreaded work trip, you’re going to have a few lengthy car rides in front of you. Long car rides can either be a serious drag, or an opportunity for lots of fun.

How can you turn a long car ride into a fun and exciting time for everyone? By playing games! While it’s fun to come up with your own games on the fly, it’s always helpful to have a list of games you can pull from to always switch it up and keep things exciting.

Today, we’re going to cover 30 of the most fun road trip trivia games for long car rides and show you how you and your friends or family can play them on your next trip. From classics like 21 Questions and I Spy to new games that are sure to become instant favorites, you’ll find something for everyone on this road trip trivia list.

It’s safe to assume there’s at least one smartphone among the people in the car, and that phone is a huge asset when it comes to road trip trivia. Here are some of the best trivia apps to check out on your next getaway.

World Tour is the latest mobile app from one of the greatest trivia games of all time. This is our favorite road trip trivia app because there’s an offline mode that you can enjoy even if your phone loses service along the way.

This app features a multiple-choice question format and various difficulty levels, making it a great road trip trivia for families option and easy to adapt to play with the other people in the car.

Plus, you can also play by yourself if the rest of the car isn’t up for another trivia round. If you’re armed with an encyclopedia of fun facts for car rides, you’ll want to try your luck at this fun and addicting trivia game.

This app is perfect for the car because it has an uncluttered interface with text that’s large enough for everyone to read. There are tons of categories and questions in the app, which can provide you with hours of road trip trivia fun.

Psych is a play on classic party games like Balderdash! Where you must come up with the craziest answers to your friend’s questions to score points. If everyone in the car has a smartphone, you can all connect and play this hilarious game that will keep you entertained for hours.

Unfortunately, since everyone needs to use a smartphone to play the game, the driver can’t get in on the fun. That may be a good thing, since they’ll be able to focus on the road instead.

This app is similar to SongPop 2, which is one of the most popular “name that tune” apps for Android and iOS, but where SongPop2 is more about online multiplayer competition, Guess The Song has a single-player mode which is easy to adapt so everyone in the car can play.

You can play together, or take turns to see who can name songs the fastest. There are plenty of playlists to choose from, with music ranging from the 60s to today.

If you’re in a car full of movie buffs, Popcorn Trivia is the perfect road trip trivia questions game for you. The game is free to play, and it features a vast library of different movie trivia questions from several different genres. You can compete against each other or together, and you can unlock new trivia packs from popular movies and TV shows with the points you earn in the game.

The trivia apps above are lots of fun, but you may not always have access to a smartphone with a strong signal during your road trip. Thankfully, road trip trivia has been around a lot longer than smartphones, so there are some great games you can play without the help of your phone.

We’ve assembled a list of some of the best and most fun classic road trip games for you and your squad to play as you’re making your way across the country.

Two Truths and a Lie

This fun-for-everyone game is always entertaining, and it’s a great way to get to know your fellow road trippers better. Two Truths and a Lie is perfect for playing with co-workers, friends, and family. All you need to do to win is separate fact from fiction.

Hands down one of the most fun games for the entire group is Would You Rather. This game is fun for the whole family, but it can be a real blast when the adults are playing. This game is one of our favorite road trip quizzes for couples since it’s a great way to get to know your partner while also passing the time while driving.

Here are some Would You Rather road trip questions to get started with:

Would You Rather can also be a silly and fun game if you’re traveling with children. If there are kids in the car, here’s some Would You Rather questions that are perfect for them:

From young kids to grandparents, 21 Questions is a classic game everyone can enjoy. This game of deduction requires passengers to guess the person, place, or thing that the player is thinking of, using a maximum of 21 questions to figure it out.

Here’s how to Play

If you’re traveling with a bunch of music enthusiasts, Name That Tune can be one of the most fun games to play. All you’ll need is an app like Spotify or Apple Music (or someone in the car with an extensive music library.)

Here’s How To Play

This hilarious game is perfect for a car full of movie buffs, and it’s a great way to pass the time during long car rides. The premise is simple: you must guess the name of the movie based on an incredibly poor plot description from the host.

Here are a few examples:

This game is another one that’s tons of fun for movie buffs. In The Movie Game, participants take turns naming movies and actors until one of the participants is stumped.

Here are a few great examples to get the conversation going again:

Smurfing is a great way to get everybody laughing while passing the time on a long car ride. In this game, the player will need to guess the action that the rest of the car has come up with as quickly as possible by asking a series of questions.

This fun game requires a bit of imagination, so it’s perfect for playing with the kids. It’s an easy game to keep going for hours, and the more crazy and imaginative you are, the more fun it is to play.

This game is a fun variation on 21 Questions, and it’s fun to play with friends, family, or the kids. With a little bit of logic and some deductive questioning, contestants must identify the famous person the rest of the car is thinking of.

One of the most classic games to cure boredom on long car rides, Truth or Dare, is especially fun to play with your friends. This classic game is about as simple as it gets.

This silly game is perfect for families, and it’s a great way to pass the time during long road trips. The purpose of the game is to get to the highest number possible without any two players saying the same number at once.

This fun game is a great way for music buffs to stay entertained on a road trip. Face off with your fellow road trippers in a lyric battle for the right to control the stereo.

Do you have the best taste in music in the car? Put your style to the test against your friends or family in this fun battle game. In order to play, you’ll need at least three people, so this game is perfect for families and groups of friends.

A favorite road trip trivia game for couples and friends, this one is a great way to get to know the people you’re with even better than you do now.

To play the game, each person in the car takes turns sharing an interesting (and unknown) fact about themselves. Each player must begin by saying, “Did you know that I…” and then adding a fun factoid the others in the car don’t know about them

Are you a wordsmith? The Rhyming Game is your time to shine! All you’ll need to do is start with a word, and then everyone must come up with a rhyming word before time expires.

Are you the best speller in the car? Test your knowledge against your friends and family with a spelling bee game. Use Google to find a list of difficult to spell words, and host a spelling bee in the car!

It may seem easy, but this game is harder than you may think! Can you say a sentence backward?

If you’re surrounded by people with great imaginations, this game is bound to be loads of fun. Each person in the car adds a new sentence to the story, and before you know it, you and your crew will have weaved a crazy tale that’s sure to get everyone laughing and having fun.

Truth or a Lie?

Are you a good liar? If so, you’ll love playing this game, which will put your detective skills to the test as you root out which of your friends is telling the truth and who is spinning an elaborate lie.

This fun game adds a spin to the bad movie plot game we mentioned earlier. Can you guess which movie they’re thinking of from a single sentence?

The Going on Vacation Game

How good is your memory? This game is a great way to see which member of your party is the best at remembering fine details, and it’s lots of fun to play. Each player adds a new item to the list when it’s their turn, and it’s up to the next player to remember everything on the list, in order.

This classic game is fun for the whole family, and it’s one that practically everyone already knows how to play.

Silence is golden, and that’s especially true for parents who are trying to find some peace from their kids during a road trip. This game couldn’t be any easier to play. The object is to remain quiet for as long as possible. Whoever goes the longest without making a sound wins!

What Are You Waiting For?

We just provided you with 30 of the most fun road trip trivia and other games around, which should give you and your fellow passengers hours of entertainment on your trip. Keep this list of games handy, so you and your crew will always have something to keep you occupied during your road trip.

What are some of your favorite road trip trivia games? How do you like to pass the time on a long ride? Let us know in the comments!

Ayesha Holloman is an outdoor adventurer and lover of all things nature. In 2019, Ayesha left her full-time job as a digital account manager and has become a full-fledged digital nomad alongside her husband traveling the world.
Scroll to Top